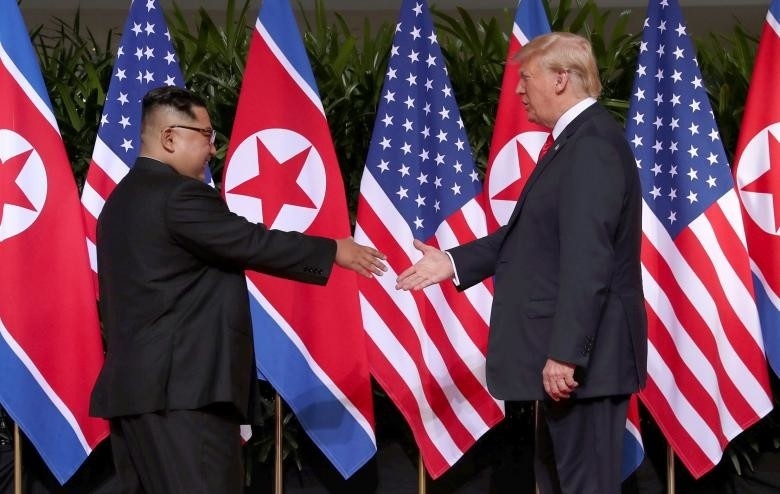 AKIPRESS.COM - U.S. President Donald Trump said on Monday he would “most likely” meet again with North Korean leader Kim Jong Un, while defending his efforts to convince Pyongyang to give up its nuclear weapons.

In an interview with Reuters, Trump, who held a landmark summit with Kim on June 12, said he believed North Korea had taken specific steps toward denuclearization, despite widespread doubts about Kim’s willingness to abandon his arsenal.

While insisting that “a lot of good things are happening” with North Korea, Trump complained that China was not helping as much as it had in the past because of its trade dispute with the United States.

At their summit in Singapore, Kim agreed in broad terms to work toward denuclearization of the Korean peninsula but North Korea has given no indication it is willing to give up its weapons unilaterally as the Trump administration has demanded.

Trump has hailed the Singapore summit as a success and went as far as saying North Korea no longer posed a nuclear threat.

South Korea’s presidential Blue House said on Tuesday Trump’s mention of the possibility of another summit with Kim could be a sign of progress in their relations.